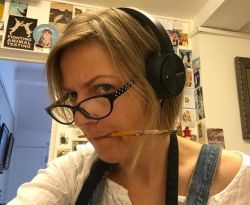 In life, we are lucky if we find our true calling. Sarah-Jane discovered hers in hospital aged four. With one eye bandaged following surgery, there was a crayon in her hand and despite the obvious handicap she was drawing pictures.

Encouraged by her English mother and Hungarian father, Sarah-Jane completed a foundation at Harrogate Art College and specialised in illustration at The Northern School of art. Sarah-Jane has worked as a freelance fine artist since 1991.

At first glance, Sarah-Jane’s art can appear care-free but scratch the veneer and you soon discover that her work offers a thoughtfulness that first appearances betray. Despite difficult personal experiences such as living with eating disorder and suffering long term sight problems - which have been artistically examined - there is a determination to explore the wider human condition and, wherever possible, find humour in the absurdity of life.

Galleries across the UK and overseas have supported Sarah-Jane’s art; it has also been successfully exhibited at independent solo shows and previously by London’s Halycon Gallery. Since the early 1990’s her work has been reproduced as limited edition prints, sculpture, Royal Worcester ceramics and more. Sarah-Jane now represents herself; living and working in the North East of England, she focusses on painting and occasionally publishes fine art prints. 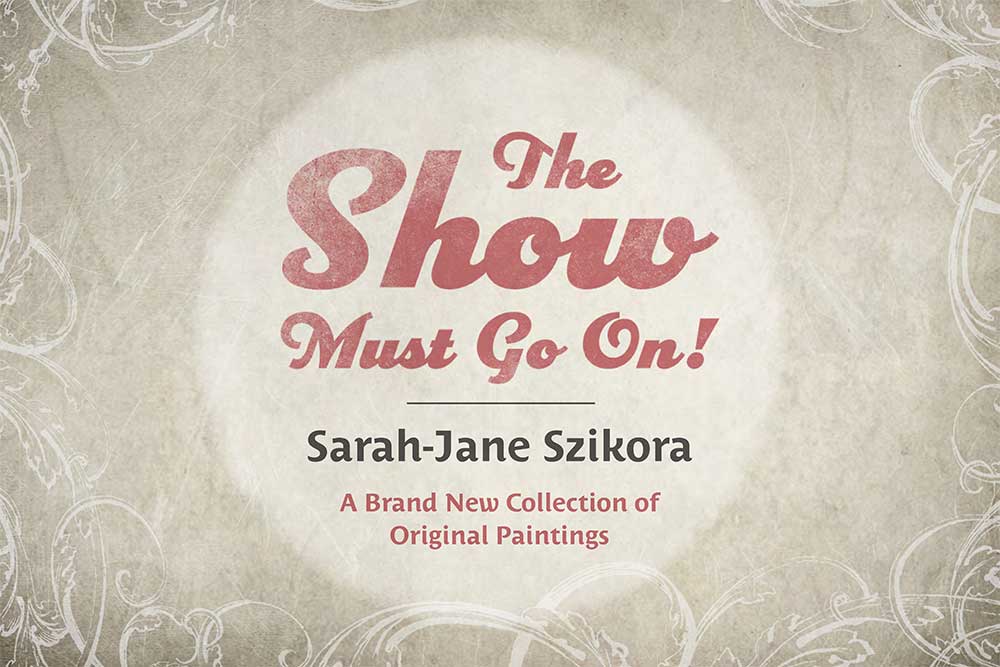 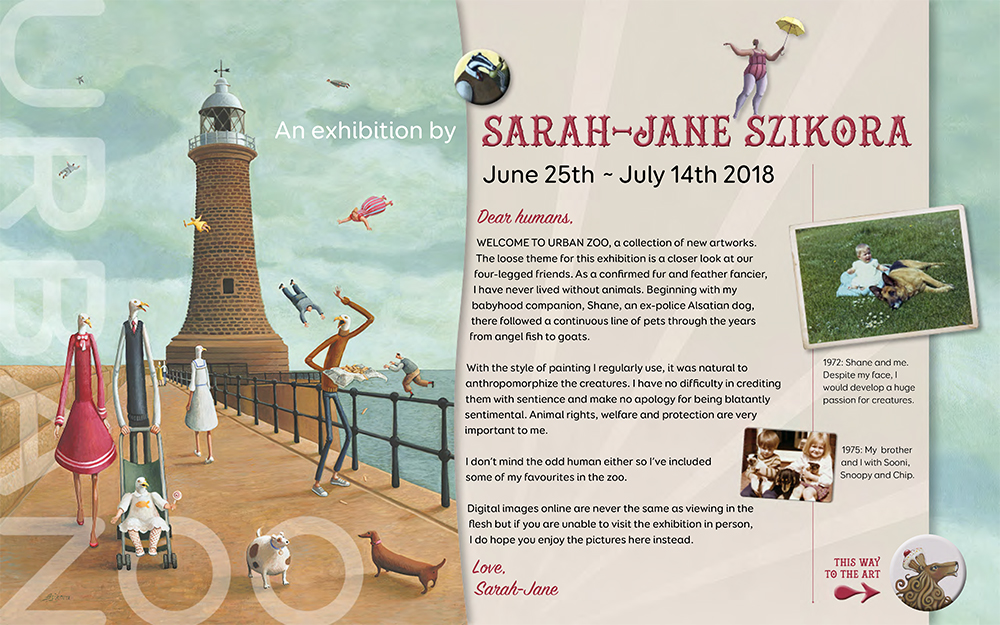 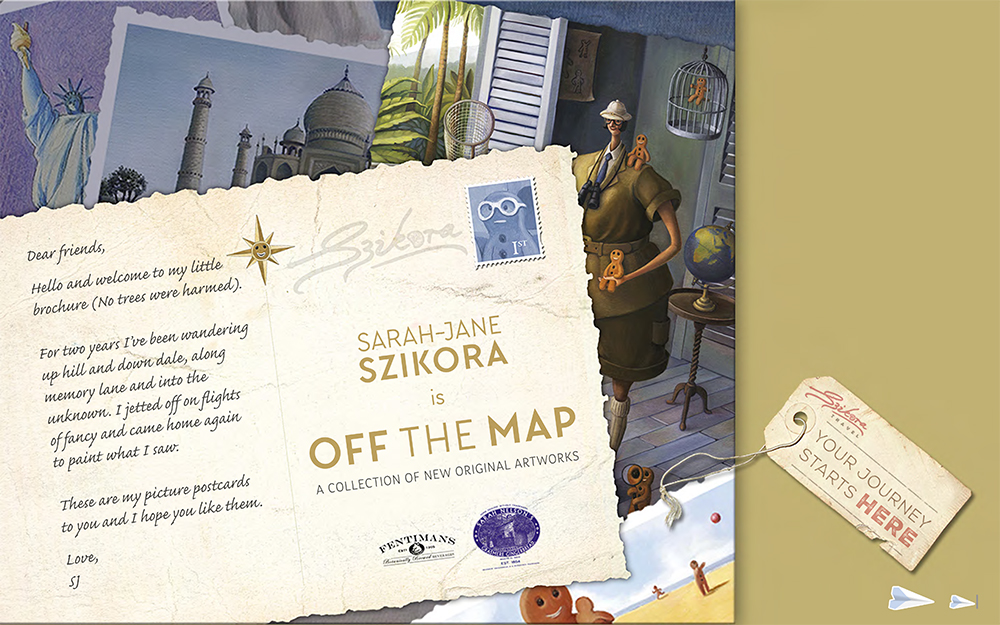 Off the map – The Clerkenwell gallery, London 2015