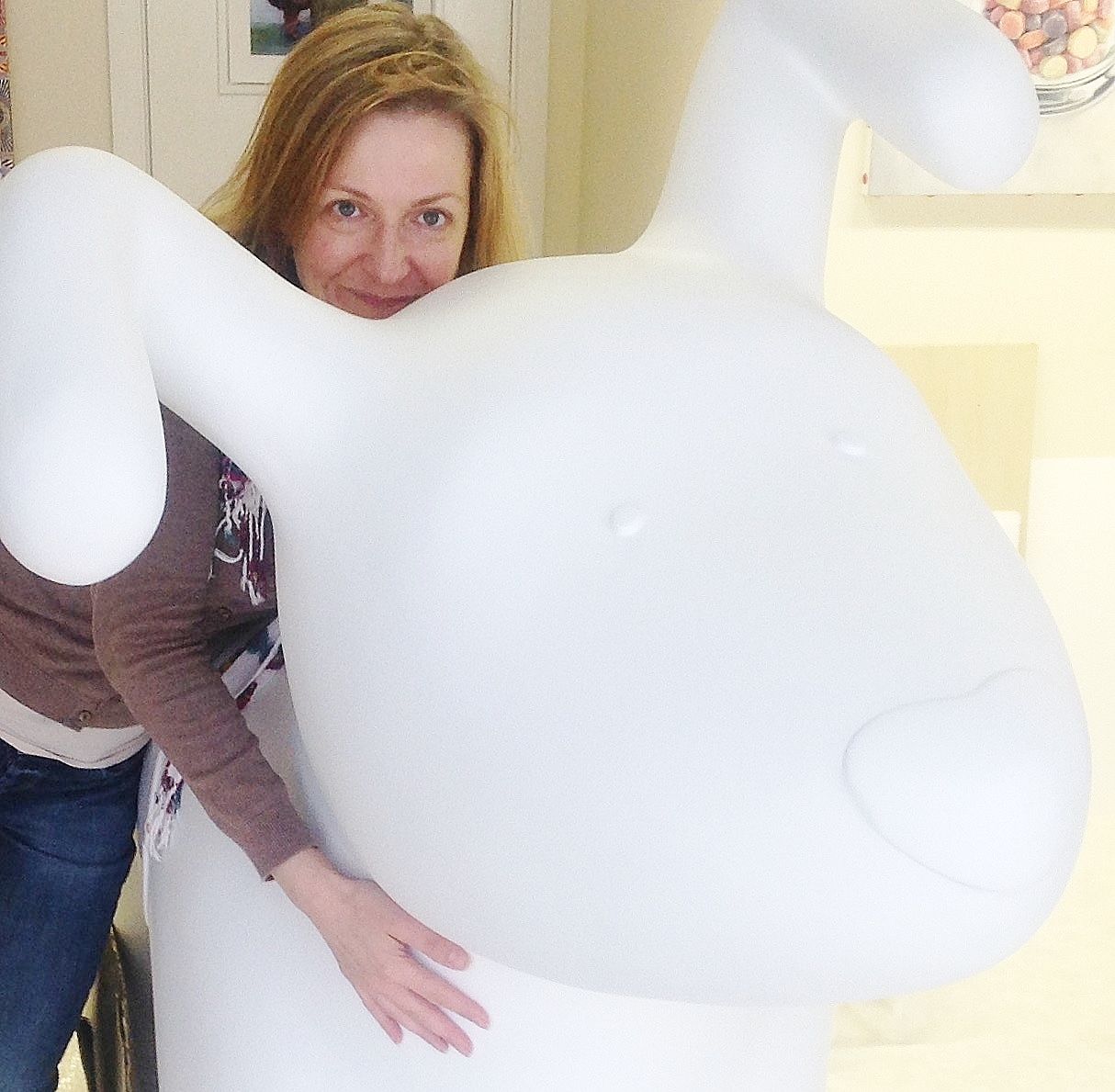 I’ve just noticed that my last wittering happened in March, that’s a bit slack isn’t it? Thought I’d better stop by and say hello, you mustn’t think I’ve abandoned you.

Well, facepalm my forehead, hasn’t it been a dramatic year so far? My bat-phone has been flashing constantly with messages informing me that we have been plunged into political and social chaos following Brexit, plunged into shame by our ridiculously overpaid national football team, plunged into grief over the loss of so many marvellous people. I hope that the most recently departed, Caroline Aherne (noooooooooo!) has found a comfy old sofa in Nana’s front room on which to rest both her bottom and her wings.

For the rest of us we quite suddenly seem to be inhabiting a new world too: one in which Donald Trump is dangerously close to the White House and a mysterious political landscape where Tony Blair remains a sizeable blot. Cameron and Osborne are covered in their own Eton mess along with Boris and Nigel who, after playing an elaborate game of British bulldog, have now run away together to live in a big castle, with a moat and alligators to keep out the invading Turks.

I’d quite like all this to stop now but, while I’m having a little rant and rave, I’d also like our postman to stop throwing his elastic bands all over my front doorstep. The path is littered and on special occasions he even pushes them through the letterbox with the mail. The cats love them but that’s not the point, is it?

In other news, I can tell you that I’ve settled into my temporary studio nicely. I’ve been busy working on private commissions, which is why you aren’t seeing much available new work but here’s one piece completed for a family who enjoy the sailing at Cowes. Please note the pink shrimp – I’ve been looking for an excuse to paint one for years. 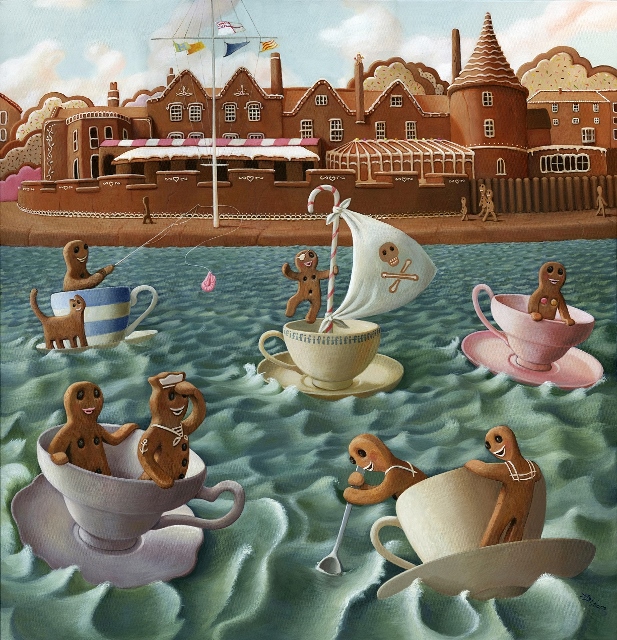 The studio is currently full of large dog: a giant Raymond Briggs Snowdog to be precise. I will be decorating the Snowdog for the St Oswald’s Children’s Hospice, Newcastle.  Mine is just one of several artists’ dogs that will be on display around Tyneside from September 2016 and then auctioned for Charity. 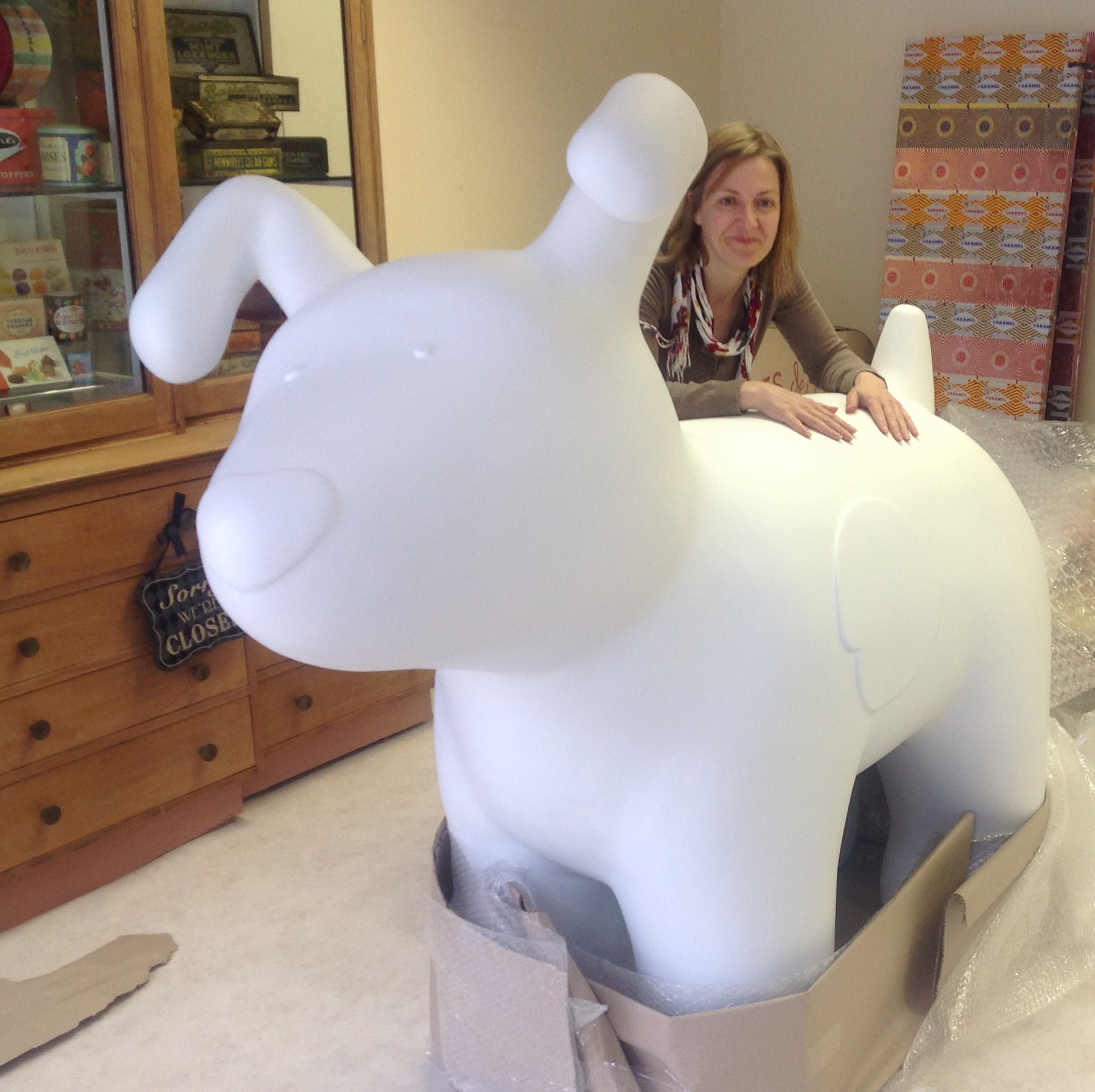 In June I went to see the current Alice in Wonderland exhibition at the Laing Art Gallery, Newcastle.

A quaint celebration of the Lewis Carroll books and their various illustrators over the years; it was quite a small display but it made a nice little addition to the permanent collection, which is always worth a visit. Normally on these occasions I also attend the gallery café to sample and review the cake selection… but this time I accidentally had a bottle of wine instead – to celebrate my companion’s birthday. The wine was a cheeky sauvignon and quite effective it was too. I was seeing white rabbits.

Anyway, I’ll get back to the Snowdog for now and will come back again soon. In the meantime, summer jollies to you.