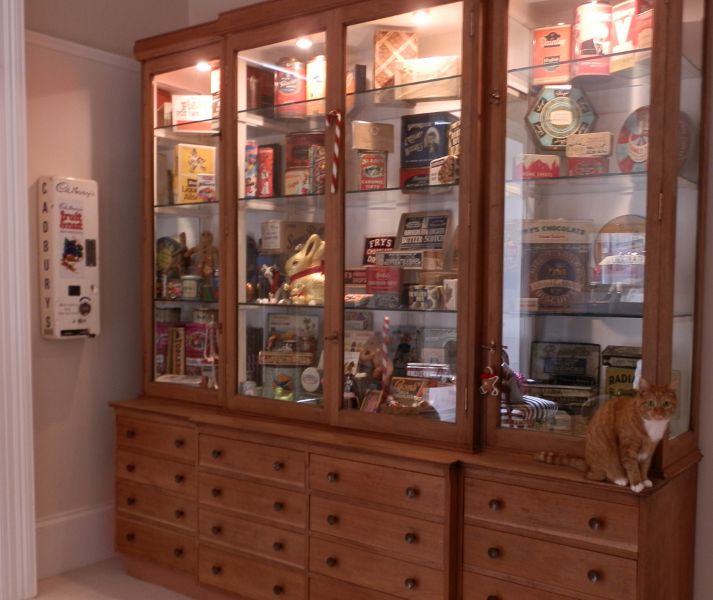 Did you enjoy the Easter break and indulge in a chocolate frenzy?  I’ll be honest, for me it’s all about the arrival of Lindt bunnies.  I was very spoilt and received a rather huge one.

I couldn’t possibly take his gold wrapper off.  Deciding he is just too magnificent to eat, I have added him to my chocolate box collection.  This is in my living room where I have an altar to lsweetie and chocolate packaging design from the last century.

Here it is, complete with the new Bunny, and a free ginger cat thrown in. 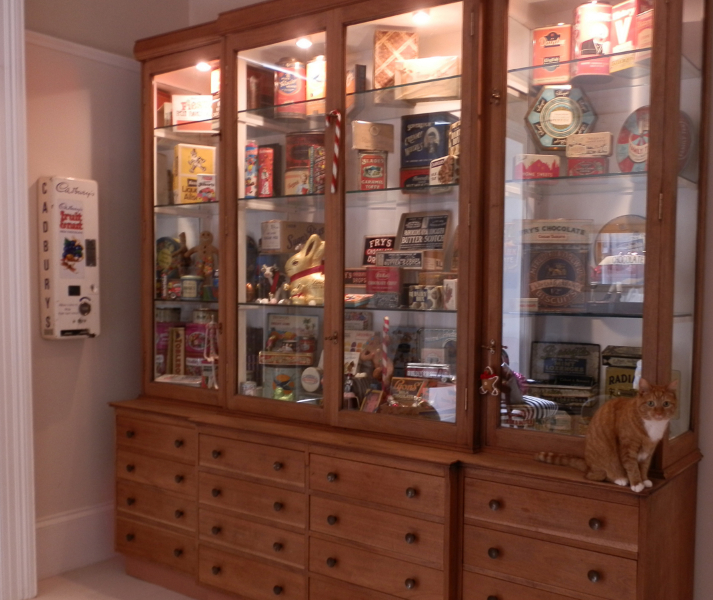 Just in case you are interested, while I was in the process of sanding and restoring that big, old shop cabinet,  I discovered that  I could fully stand up inside it. 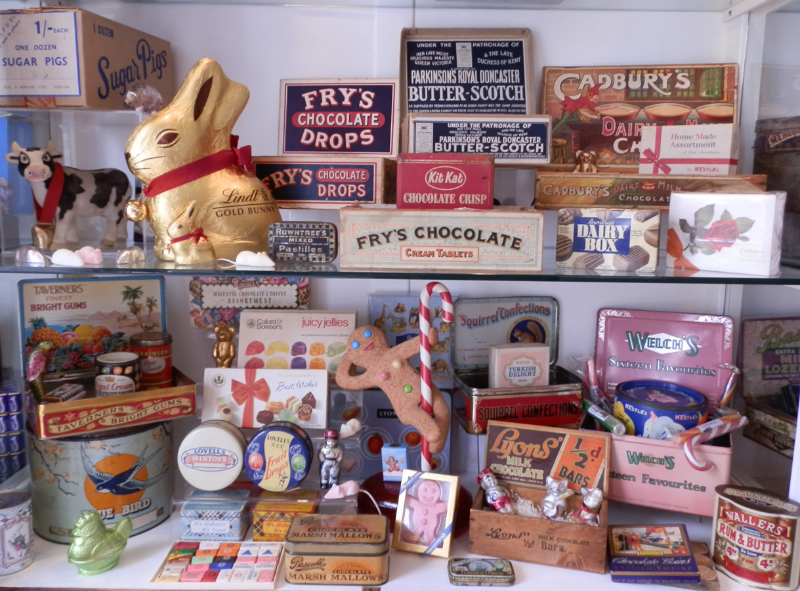 I’ve got some chocolate coins in there somewhere, they are over 100 years old and from the days of the Empire. The fat has risen to the surface.

Sometimes I like to imagine myself in an old style shop with a set of scales where I can play nicely; weighing out bon-bons and floral gums by the quarter.  Despite this nostalgia, I have a genuine interest in confectionery and our relationship with it. I’ve been trying to give up sugar for health reasons.   At this stage, I can already say with certainty that it’ll never fully happen.  I can’t see a time when I’ll turn down a bar of Old Jamaica and I don’t believe that Davina McCall (the latest celebrity to endorse the idea of a sugar free existence) doesn’t occasionally fall face first into a Tunnocks tea-cake.

From the ridiculous to the sublime.

I went to see an exhibition about British art in the Spanish Civil War – Edward Burra is among the artists included and that alone is enough of a reason to visit, but it’s a non-British artist who is drawing the most attention with this painting: 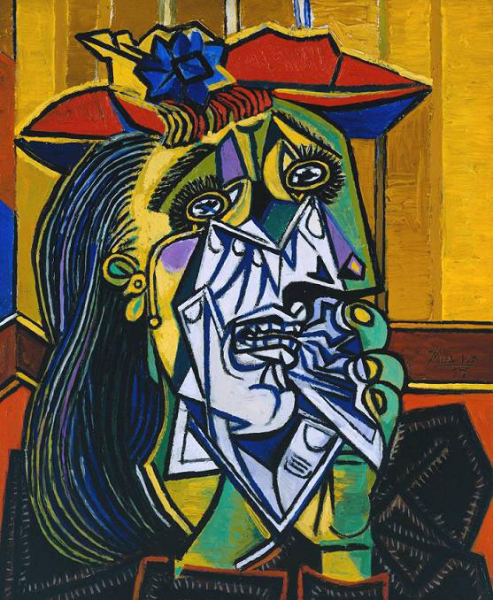 A truly poignant and iconic painting and one which I never expected to see in Newcastle. When it comes to the loan of major historic artworks in the North East, we are a little deprived, so it was a real pleasure to see this painting outside of the Tate (she is still crying though).

The exhibition, Conscience & Conflict: British Artists & the Spanish Civil War, featuring Picasso, Burra & Miro is on until June 7that the Laing Art gallery, Newcastle upon Tyne.

And speaking of exhibitions….

I can say that I will be having one of my own soon.   It will be a small pop up exhibition in London during July.   If you are in my mailing list, you will get an email at some point with more details. I plan to be in the gallery most days so why don’t you come along for tea and biscuits, a natter and to look at some pictures. It’s still 12(ish) weeks away so for those in far flung places, you might still get a cheap train ticket! Dates to follow shortly.

While there, I also plan to launch my new gift book: ‘A half-baked history of gingerbread’ featuring many of my older gingerbread paintings.

In the meantime, I’ll just be here, painting.