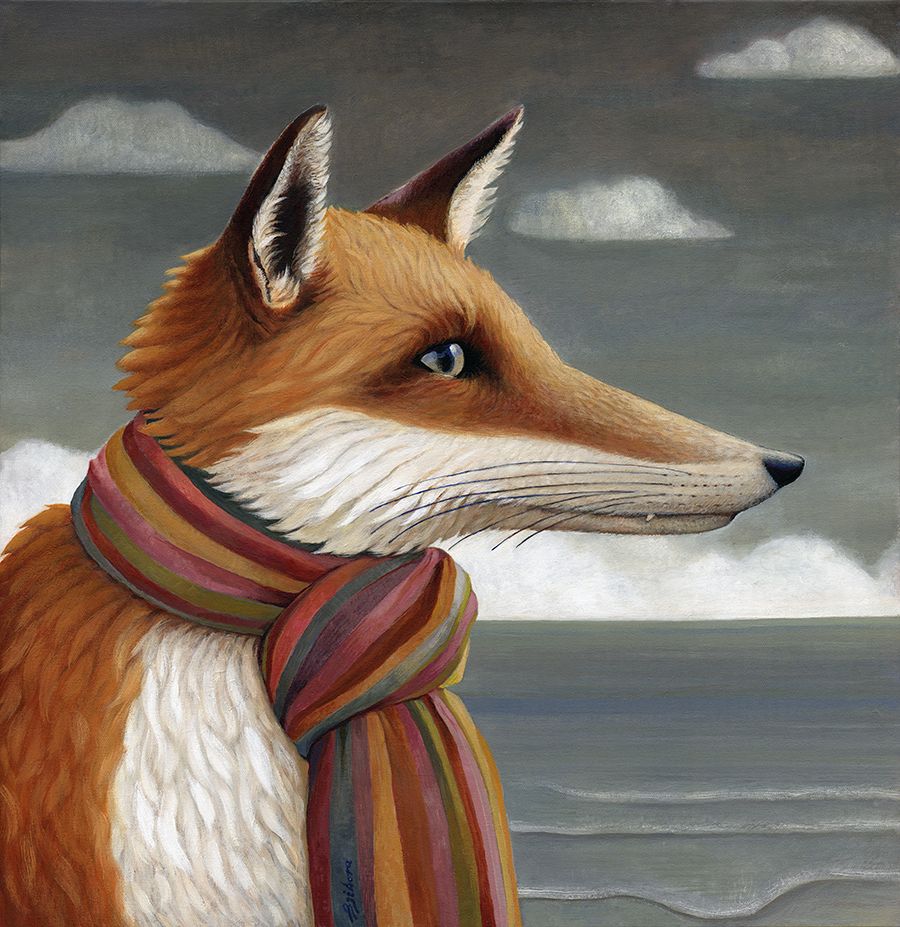 Today my bird bath has frozen over for the first time this winter. It may be damp and chilly outdoors, but I am warm inside, and the reason is not my central heating (that remains switched off) but you.

I owe huge THANKS to everyone who got in touch with words of kindness following the recent release of my latest paintings. To show the new collection, I abandoned solid walls for virtual ones.  Despite my risky decision, I was pleasantly surprised that most artwork found new owners quickly.

This unexpected outcome raises the question of whether we still need physical, commercial galleries. My instinct is that we do.

Viewing art is still best done in person to appreciate the scale, texture, colour and detail.

It would be disingenuous to suggest that exhibitions are not about sales but there are other good reasons why we need real spaces.  Connections and human conversations happen in galleries; we put faces to names and receive valuable feedback. I have personally encountered many charming people in galleries and gone on to build long-term friendships with some.  A virtual exhibition potentially robs everyone of such opportunity.

The future could prove me wrong, but I do know this:  however, wherever and whenever I exhibit, I am reminded, each time, of how fortunate I am to have the choice. 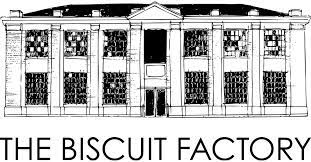 Back in October, I wheeled my easel into a new studio at The Biscuit Factory, Newcastle upon Tyne.

When I say ‘new’ it is an old studio I inhabited several years ago. Almost two decades since I first worked there, it is like putting on a pair of well-worn slippers. Perhaps it is not surprising that a factory which once produced biscuits has become my home for a second time. 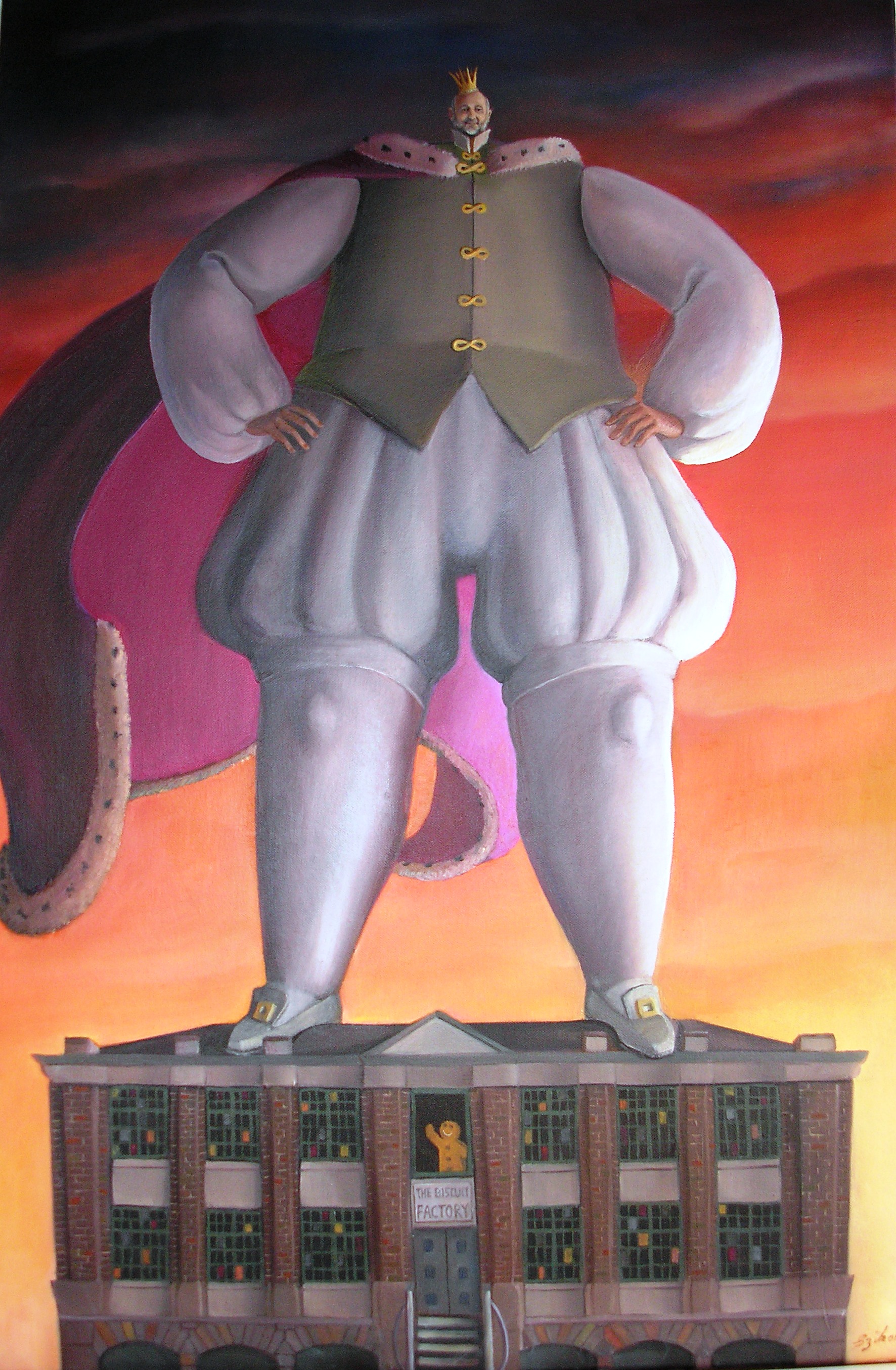 Portrait of Mr Zack, owner of the Biscuit Factory. My unusually modest portrayal caused the disgruntled subject to suggest that I could have painted a significant codpiece.

It has not been possible to discover which kind of biscuits they made here.  The factory was operational during the 1860s, so it is unlikely that we would recognise its products now.

In further ‘lost biscuit’ news, I have learnt that the Nestle factory at Newcastle is due to close with the production of well-known biscuits and sweeties going to the EU.  I recall a private tour of the factory a few years ago when I found myself mesmerised, in Charlie Bucket style, by EVERYTHING. This reminds me, during the lockdown, I accepted a commission for a Willy Wonka-themed painting. In case of other Wonka fans among you, I will leave this oddity here... 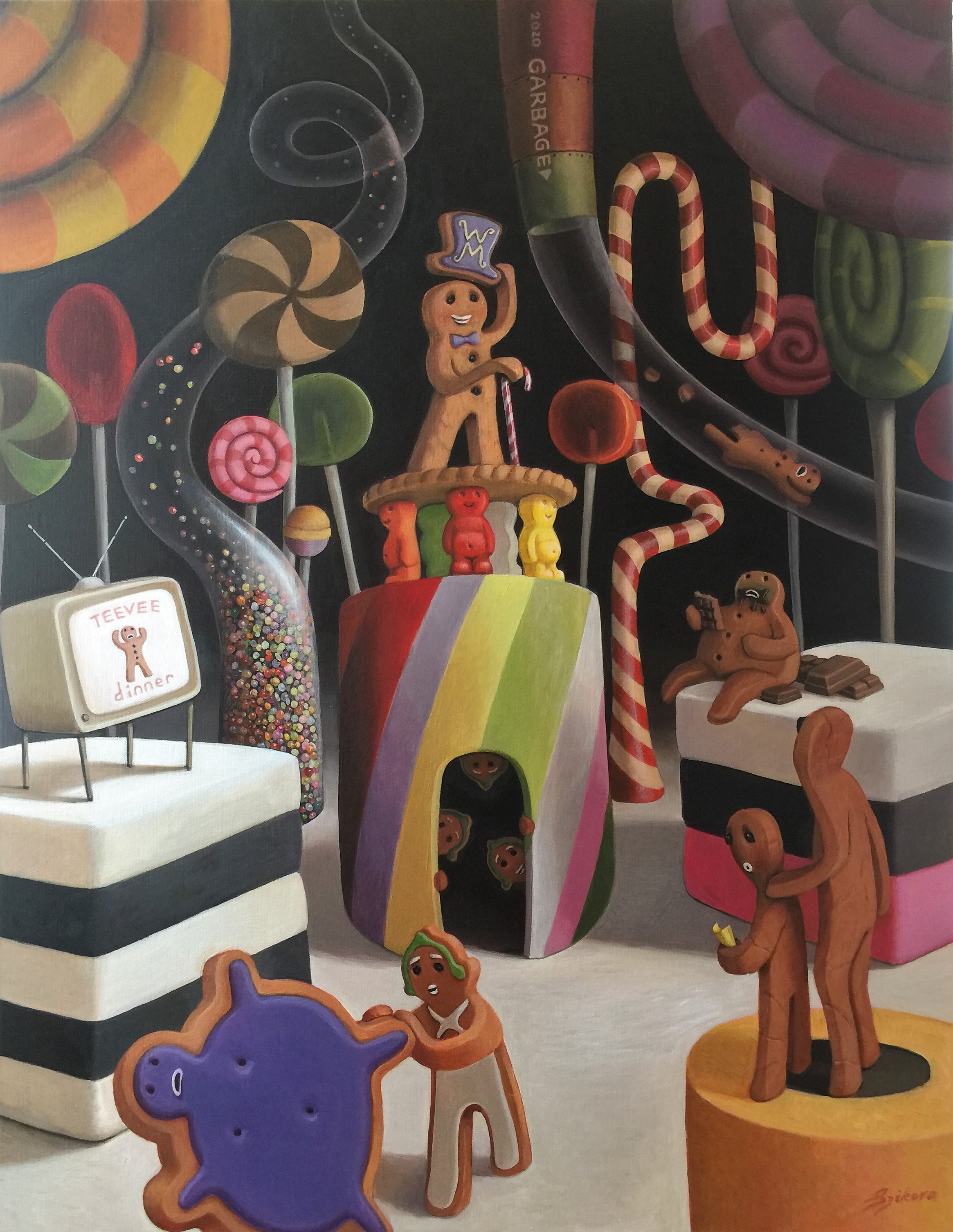 Not only is my workplace biscuit related, but I currently live in a town which also baked biscuits. A handful of miles from Newcastle, South Shields, used to be the home of Wrights Biscuits, established circa 1790. Being a marine town, it mainly produced ships' biscuits until the post-war years when demand declined.  Wrights began marketing biscuits to the general public, including the ginger nut (The factory was demolished in the 1970s.) South Shields has given me much through the years, and the ginger biscuit connection is very pleasing too. 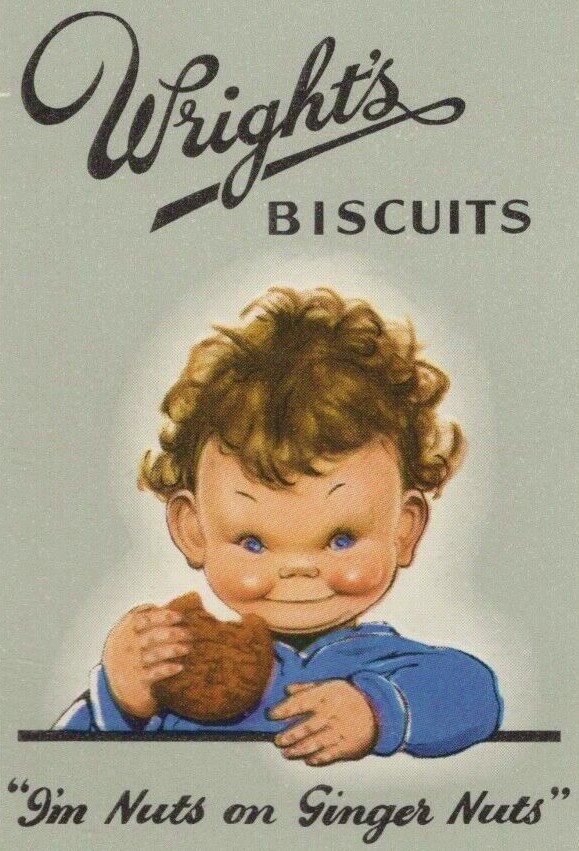 Is it just me, or does this little boy have the look of Dame Judi Dench?

Back in the present day, I am very much looking forward to getting back in front of the easel, always ready to lose myself in thought, paint, tea and vast, woolly-pullies (why are art studios always cold?).  In Spring 2023, I will turn my attention to publishing and let you know about new prints in the usual way.

In the meantime, fatten both the Christmas goose and yourself. Predicted global food shortages are a real worry. Build your bodily reserves by eating as many mince pies, or gingernuts, as you can lay your hands on, starting… NOW!